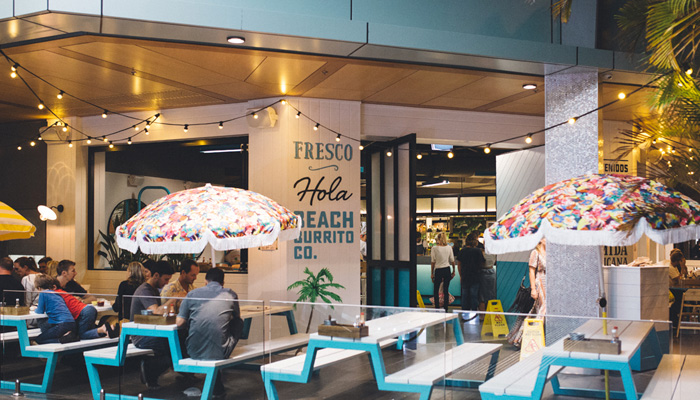 Located just a stones throw from the iconic Coolangatta Beach on Queensland's Gold Coast, is Beach Burrito's latest instalment and our second collaboration with the company. With a food philosophy firmly grounded in supporting local and sustainability Beach Burrito delivers fresh, exciting Mexican with a healthy side serve of culture.

Following the highly successful fitout of West End, the approach and design aesthetic for Coolangatta's restaurant was very different complete with large in-house wall murals and traditional hand painted signage. The final result as the Weekend Edition writes, 'the perfect place to sit back with a bunch of mates, chill with an ice-cool drink and a burrito and enjoy the surf' 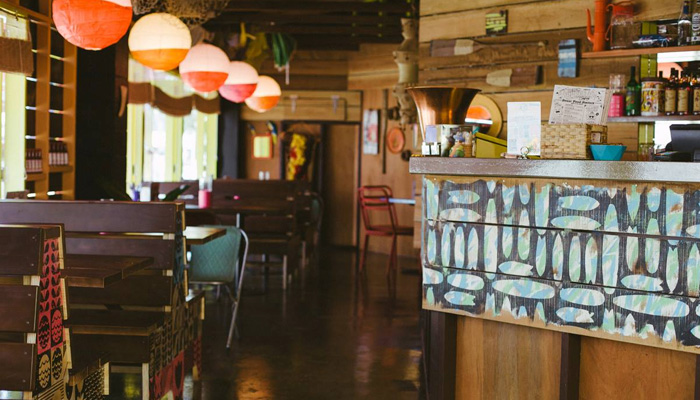 Chez Beauvardia was commissioned by the Beach Burrito Company to conceptualise and create original artwork for the fit out of their new West End Mexican inspired restaurant. Think back to that old holiday shack on the coast, summer nights, fishing, romance, memories, family photos and freedom.

The project was approached with an organic process that allowed each final piece of artwork to evolve into a distinct character reflective to the context and culture of the designed space. The end result for Beach Burrito West End was a mixture of burnt nostalgia with an eclectic selection of original artwork, retro furnishings, grandpa’s nik-naks, palm trees, 60’s colour, dark timber and tequila. 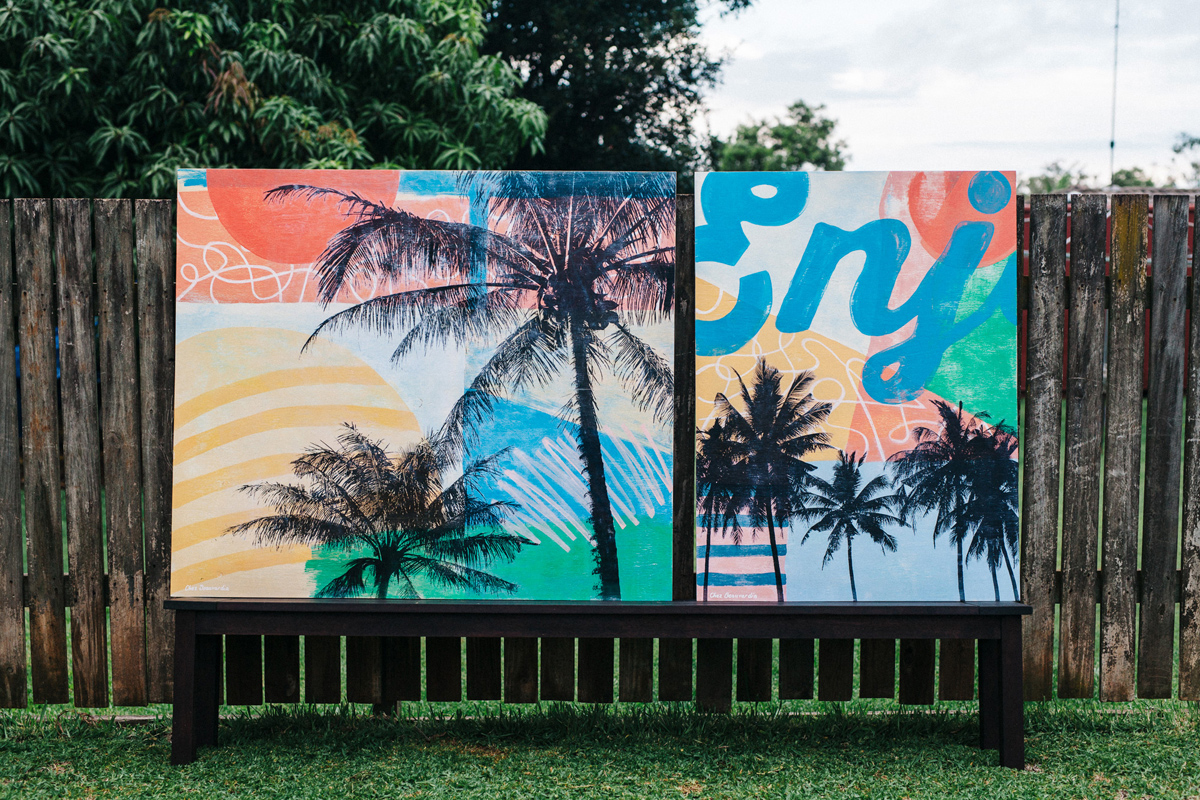 With an open brief from the client and interior decorator, we were commisioned to create two large pieces using mixed media on plywood panels for the redesign and refit of the Gumdale Tavern in Brisbane.

The final work represented over seven individual pieces, tells the story of the local area and the history surrounding nearby St Helena Island where the bar takes its name. 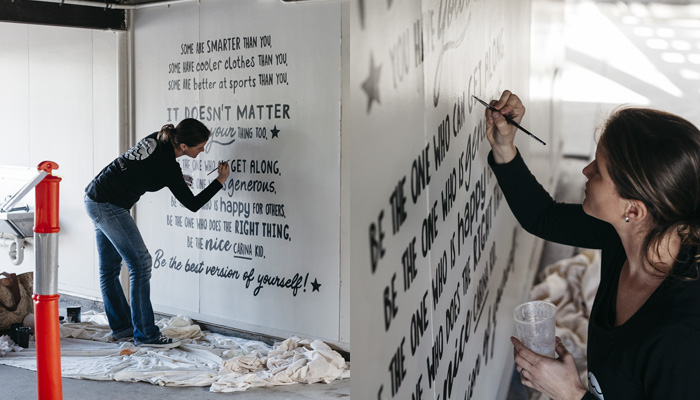 We were approached by Carina State Primary School to bring to life a beautiful quote to inspire their students. With typography layouts and mockups put forward the approved design was hand painted on site (using traditional sign writing techniques) which will see it last for many years to come! 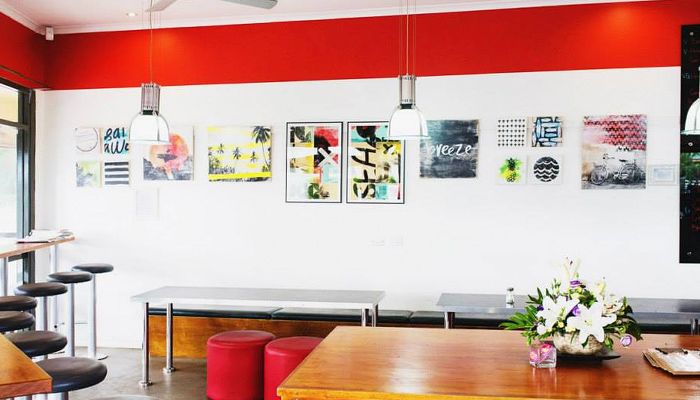 A feature exhibition of artwork at local café, Refuelled. 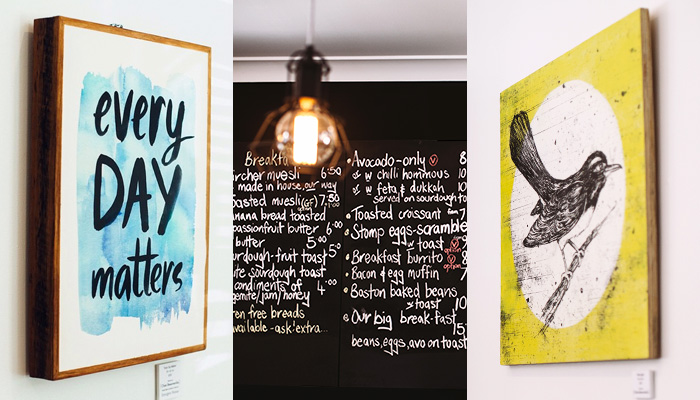 An exhibition of work at Holland Park's Stomp Espresso.